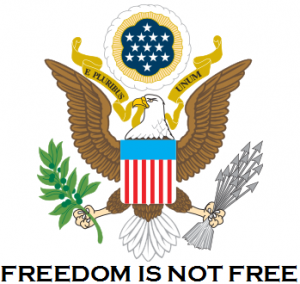 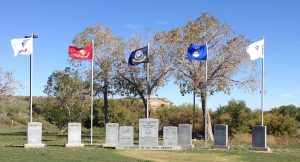 The Veterans Memorial Park Committee was established late 2009 by Carlsbad city ordinance. The responsibility of the Committee is to plan, design, and build a memorial park for all Carlsbad veterans who have honorably served.

The City Council approved the location for the Veterans Memorial Park at the Bataan Recreation area near the Lower Tansill (Bataan) Dam and construction began with the building of the walkway. [

The Committee continues to move forward in placing pieces of military hardware, Carlsbad Army Airfield flagpole stone and vault structures, monuments, organizational support plaques, and veterans commemorative bricks, to grace the park and provide for a reflective honoring of all Carlsbad veterans who have served in defense of the country over all the years and in conflicts of the United States. As the stonework and hardware displays get accomplished, we are also moving forward on landscaping projects.

We continue to go as we grow. Input is sought by the committee from other veterans and citizens. We also ask businesses, organizations, and citizens to consider making contributions and providing effort in various ways, to make the Carlsbad Veterans Memorial Park into something beautiful and memorable. Ceremonies are held from time-to-time as memorial projects are completed and placed at the Park. All veterans and citizens are invited to participate in the Dedication ceremonies.

The Carlsbad Veterans Memorial Park has several forms of memorials grouped around the walkway, the walkway being the central feature of the Park, permitting folks to slowly walk along and view the memorial plaques and bricks and contemplate those veterans who have provided their service to our country.

The walkway stretches along parallel to the river as it leaves the Lower Tansill (Bataan) Dam and travels east for a fifty yards or so at the southern base of the Park before turning south.

To allow our citizens to participate in honoring relatives and friends who served honorably in the armed forces, the brick project was started. Starting adjacent to and rising up the hill to the crest, brick forms can be purchased by citizens for $35. The bricks can be inscribed with 3 lines, 12 characters per line with name, rank, service etc. of the veteran. The inscription is the choice of the citizen purchasing the brick.

The beauty of this project is that the “bricks” are actually etched into a slab of granite and the letters are etched inside an individual 4″ X 8″ form on the slab. The slabs are buried in the hillside. Each slab contains 18 to 24 brick forms, overlapped in standard brick construction. No grass growing between bricks, no brick tilting, no prying up of a brick can occur in this design. The design is artistic and unique.

As orders come in, another brick slab is started when 18 to 24 orders are accumulated.

Up on the crest of the hill north of the walkway, major monuments are standing above ground. The first monument installed commemorates the Vietnam Veterans from Carlsbad. We have 12 veterans from Carlsbad KIA in Vietnam; their names are on the Vietnam Wall in Washington DC. The monument is a 4′ square of black granite on a base. The DOD information on the Virtual Wall website as well as the photo of the veteran is laser etched onto the black granite stone. This is a stunning monument for our veterans.

We also have a large polished black granite monument honoring Bataan Veterans. 135 Eddy County Veterans were on Bataan. A granite stone etched with the 135 names will be installed in front of the Bataan Monument, September 2013.

Two sculptures of Korea War Soldiers on patrol grace the area between the Bataan (WWII) and Vietnam War monuments forming a chronological line of defenders of our nation.

An arc of War Monuments backed by an arc of Service Flags flying above the War Monuments stand majestically to the east of the Bataan monument.

Out front and center of the monuments is a M42 “Duster” up on a 4’ pedestal, a centerpiece of the Park. Many Carlsbad Army National Guard Soldiers trained and served on the Duster. 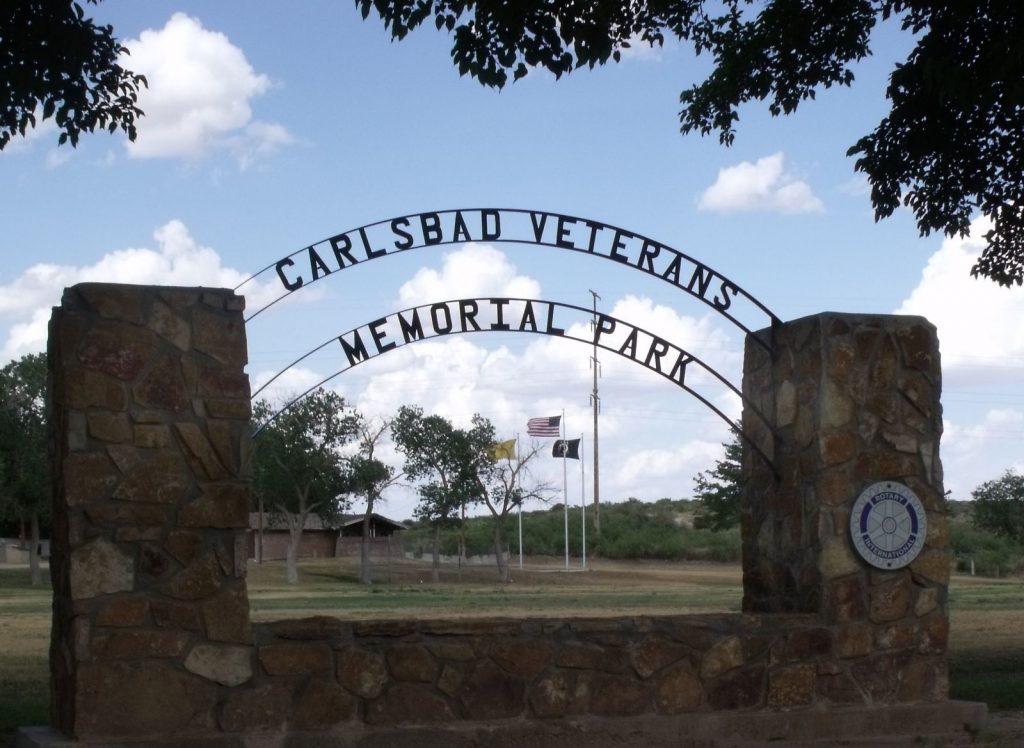 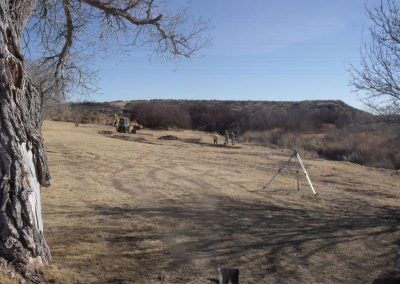 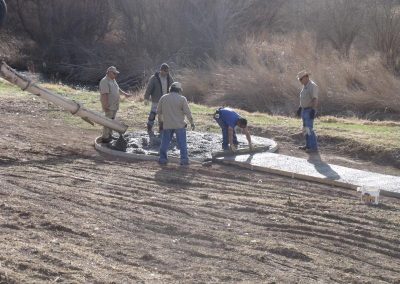 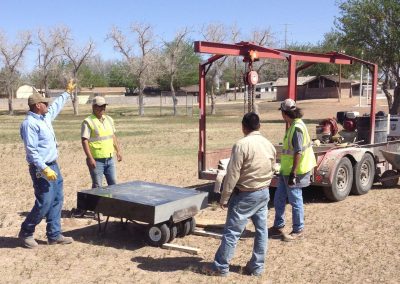 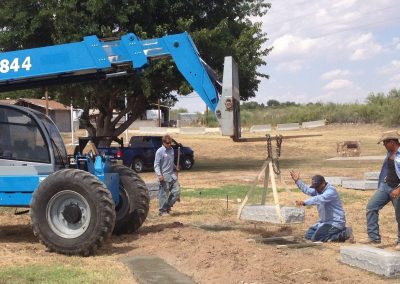 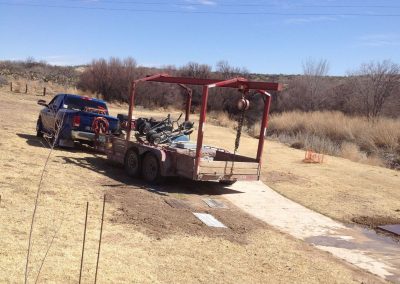 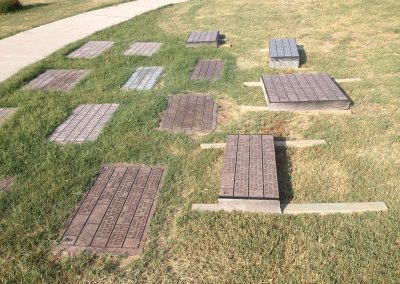 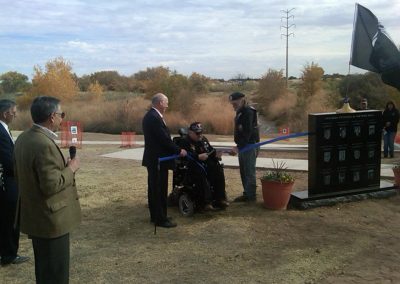 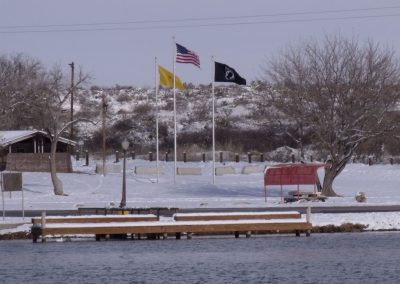 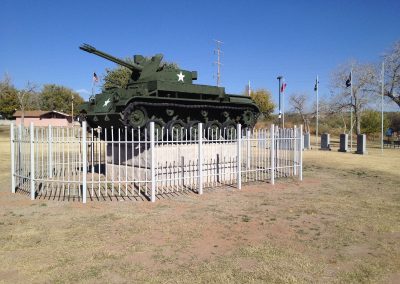 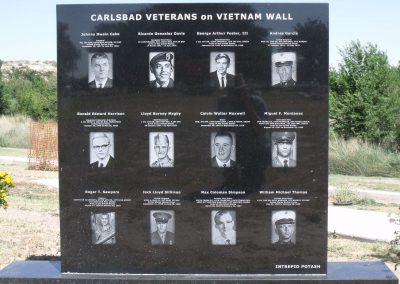 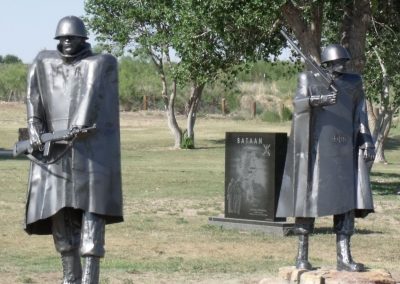 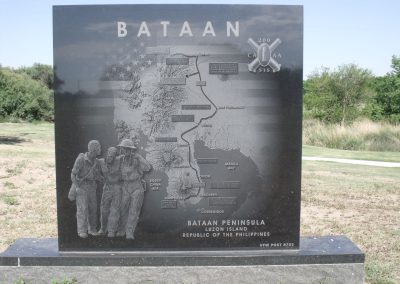 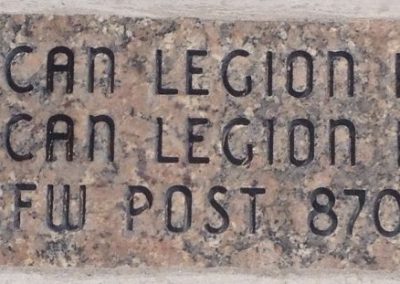 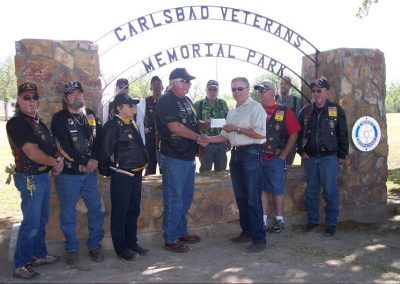 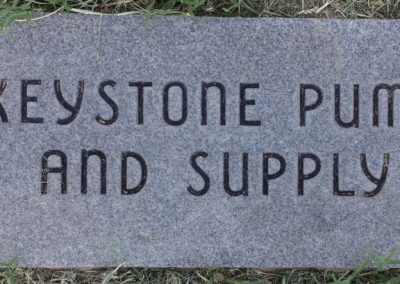 You are asked to consider making a monetary contribution to the Veterans Memorial Park to help us continue to add to and beautify the Park.

A contribution would be greatly appreciated. Donors will receive acknowledgment at the memorial site and a receipt will be provided for tax donation purposes.

Checks should be made out and mailed to the Carlsbad Foundation: Veterans Memorial Park.